On Thursday 19th October I attended the South West Disabled Fans Experience Forum annual meeting to represent Bristol Rovers along with my mum (my companion) and Dave Parker, Bristol Rovers Safety Officer. The meeting was held at Yeovil Town FC. All clubs and their DSA’s in the South West region receive invitations along with their Stadium Managers, Safety Officers, and Disability Liaison Officers.

It is a chance to get together, meet new people and share experiences and information. David Munn – YTFC DSA and Founder of the SWDFEF organises this annual meeting which takes place at different clubs around the region. In fact, David’s idea of creating a regional forum has been championed by Level Playing Field who are helping other areas to form their own annual forums. I must say that David has been very supportive of our DSA – he has been at the end of many an email where I’ve asked for advice. His experience and knowledge are second to none.

We were well looked after and the organisation for this meeting was fantastic. As we arrived early we bumped into Steve Phillips (Former Rovers GK and now YTFC GK coach). The lift was at one end of the main stand/conference centre so we had to go through the social area where players were eating their lunch. Steve, who is a family friend, was a little confused to see me and mum there!

The meeting was in what I guess to be the lounge that directors/players family must use on match days as it offered super views out across Huish Park.

Ahead of the meeting starting, YTFC manager Darren Way was setting up his laptop. I’ve not met Darren before, but thought I would ask for a photo. He was more than happy to oblige though we did have a bit of banter as he realised I was a Gashead!

I found the meeting very informative and came home with plenty of notes and many ideas. Presentations from Darren Way – YTFC manager, who spoke of his accident; Kieran Reynolds, and Owain Davies – Level Playing Field representatives who updated us on the #WorkingTogetherproject and other LPF details; Yeovil Town DSA spoke of their role at the club. Then James Hillier – YTFC stadium manager, David Mills – Supporters Director, Bruce James – DSA Chair and YTFC Disability Liaison Officer, YTFC Community Trust, Mike Rowsell – DSA Committee member also spoke about their roles and their involvement with the DSA. Mark Bradley, The Fans Experience Company, ended the presentations talking about his research and their ‘mystery shopper’ program. Each speaker provided well-researched facts and figures as well as personal stories and experiences.

As our DSA is in its infancy, it was good to talk to those who have well established DSA’s to hear of the good practices and procedures that make a real difference on match days and beyond. While I recognise we have a long way to go to meet the efforts of our counterparts, it was also good to realise we’re doing okay at this stage. I asked the delegates if there were things they can identify that they did well at the start or if there were mistakes made that cost them time and/or money that they would recommend we avoid.

Many offered solid advice and told me of their struggles and triumphs. But the element identified as occurring over and over was communication. When things failed or when there was a success it was communication that won or lost it. It has indeed made me stop and think about the way that we do or do not do things, but also what we can do to help the club do better in their communication with disabled supporters.

There is plenty more for us to learn before we can start making proper suggestions, but as communication is the key we are trying to meet and speak to as many people from the club as we can.

View all posts by bristolroversdsa 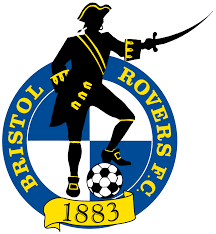 Working with the Supporters Club